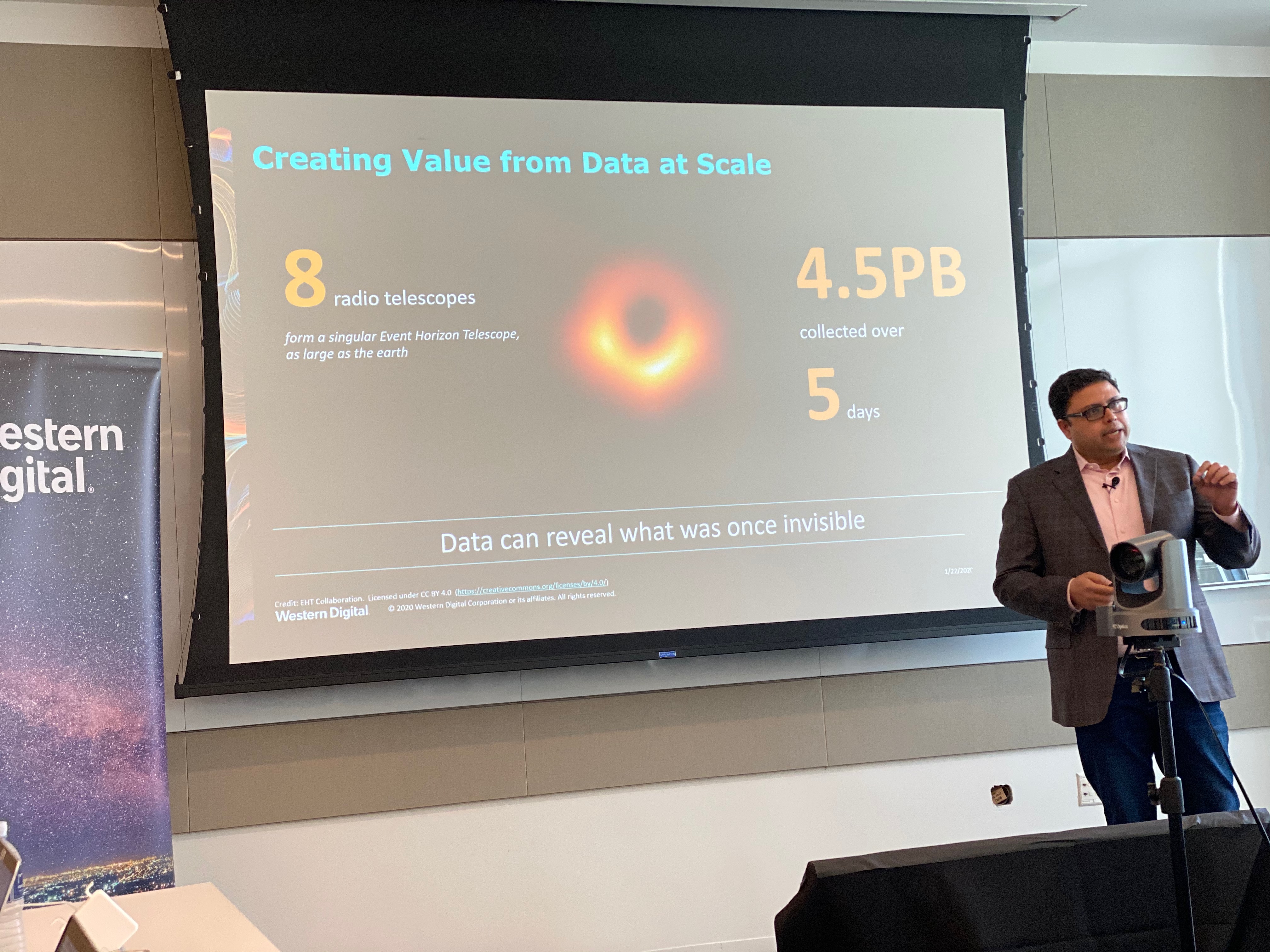 As I mentioned in my post last week I recently had the opportunity to attend Storage Field Day 19, where I got to meet with a wide variety of storage software and hardware companies in Silicon Valley. One of the more interesting companies we met with was a longtime player in storage—Western Digital. (Disclosure—I own shares of Western Digital and was gifted an SSD after the event) One of the overwhelming themes of the week was the vast amounts of data that we are generating much of which is coming from video and IoT device telemetry. Western Digital estimates that 103 zetabytes (that’s 103MM petabytes, or 103 Billion terabytes) of just IoT data will be created by 2023.

We were able to hear from a wide array of executives at Western Digital making up various parts of their business. There are a few market forces that are driving the direction of the company. The first area is gaming—building internal NVME drives with up to 2 terabytes with bandwidth up to 3480 MB/second. Performance is one aspect of gaming systems, but design aesthetic and cooling are also very important.  PC Gaming is a $37.5 billion market, so Western Digital sees this as a major market for them.

While the gaming part of the presentation focused on bleeding edge performance, the rest of the afternoon looked at increasing storage densities. While it went unsaid, I feel like much of the development in the hardware business is increasingly focused on public cloud providers like Microsoft and Amazon, as well as large scale data companies like Facebook and Twitter. Western Digital is at the forefront of this development through the develpment of zoned storage. One of the goals of this extension to the NVME standard is to  allow ultra-fast SSDs to be zoned similar to the way hard drives can now. This is not technology that you will be implementing in your data center anytime soon, however it will likely be coming to a cloud provider in the near future.

The other aspect of storage futures are increased densities. While many analysts have prematurely speculated about the death of the spinning hard drive (in lieu of lighter, faster, cooler solid-state drives), the density offered by traditional hard drives is unmatched. Western Digital showcased volumes up to 20 TB, as well as multi-actuator driveswhich can increase the performance of a spinning disk by an order of magnitude. These drives will consume more power than a traditional drive, but less than the two traditional drives. The data on these platters is striped in a RAID-0 fashion on the drive itself.

The world is heavily dependent on reliable, fast storage for all of the data systems modern life demands. As one of the leading builders of storage media, Western Digital is well positioned to support both end users and hyperscale cloud providers now, and in the future.