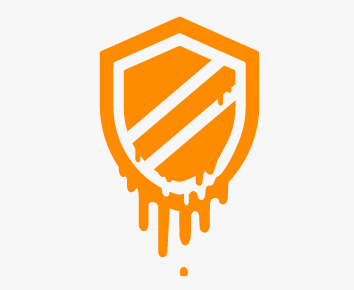 By now, you have probably heard about a major bug in Intel (and ARM, and maybe AMD) processors. Since this vulnerability affects all processors types, you will probably need to update your phone, your tablet, your PC, and all of your servers in the coming weeks. Why and how does it affect everything?

What is this Bug About?

Modern (since the early 2000s) processors use what’s known as “out-of-order” execution. This is somewhat similar to the way SQL Server does read-ahead–in order to improve performance the CPU will execute a series of instructions before the first one is necessary complete. The way this bug works is that an attacker can pass code that will fail, but using some trickery and the magic of caches, build and retrieve (at up to 500 kb/s ) all of the kernel memory. This means things like passwords, that are normally secured in kernel memory can be stolen very easily by an attacker.

This is deadly serious bug, that is easy to exploit, with a ton of vectors. You should go through your normal test cycle with patch validation, but applying these patches should be a key priority on the coming weeks.

The biggest impact thing that I’ve gleaned from reading all of this stuff, is that if you are running VMWare ESX 5.5, the patches that VMWare has released for that version are not comprehensive, so you will need to likely upgrade to ESX 6 or higher.

Will This Impact My Performance?

Probably–especially If you are running on virtual hardware. For workloads on bare metal, the security risk is much lower, so Microsoft is offering a registry option to not include the microcode fixes. Longer term especially if you are audited, or allow application code to run on your database servers, you will need to enable the microcode options.

This will likely get better over time as software patches are released, that are better optimized to make fewer calls. Ultimately, this will need to fixed on the hardware side, and we will need a new generation of hardware to completely solve the security issue with a minimum impact.

What Do I Need to Patch?

Just about everything. If you are running in a Platform as a Service (Azure SQL DW/DB) you are lucky–it’s pretty much done for you. If you are running in a cloud provider, the hypervisor will be patched for you (it already has if you’re on Azure, surprise–hope you had availability sets configured), however you will still need to patch you guest VMs. You will also need to patch SQL Server–see this document from Microsoft. (also, note a whole bunch of new patches were released today.

What Other Things Do I Need to Think About?

This is just from a SQL Server perspective, but there are a few things that are a really big deal in terms of security now until you have everything patched:

4 thoughts on “Spectre and Meltdown–What does this mean for your SQL Servers?”